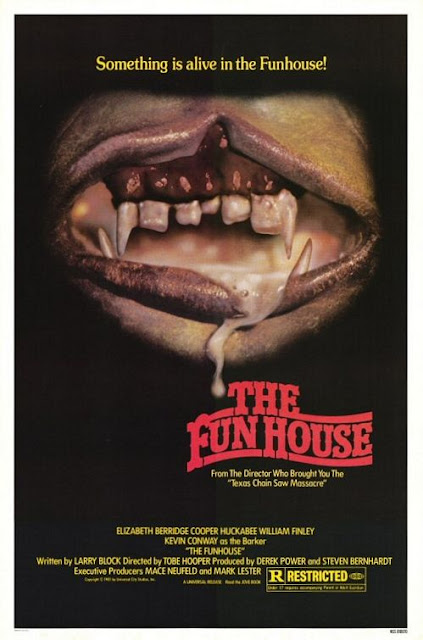 The classic freak teeth and tagline. Has one of the prop monsters in the funhouse come alive? Misleading, but close enough.
Some people think this is a spoof of the Rocky Horror lips, but that never occurred to me. Rocky Horror was 20th Century Fox, not Universal. 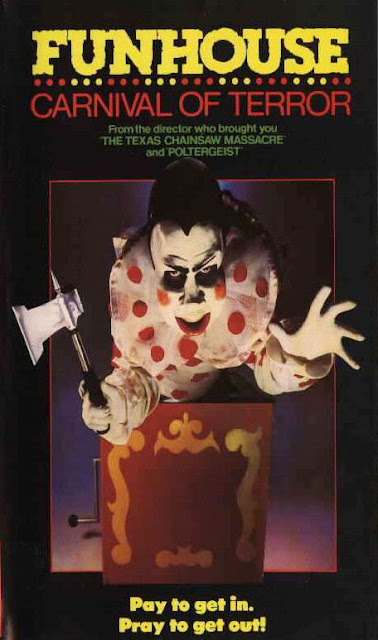 The viewer "pays to get in," but if faced with reality in their pursuit of simulations of danger, they, as this film's tagline so cleverly deigns... - Tobe Hooper Appreciation Society 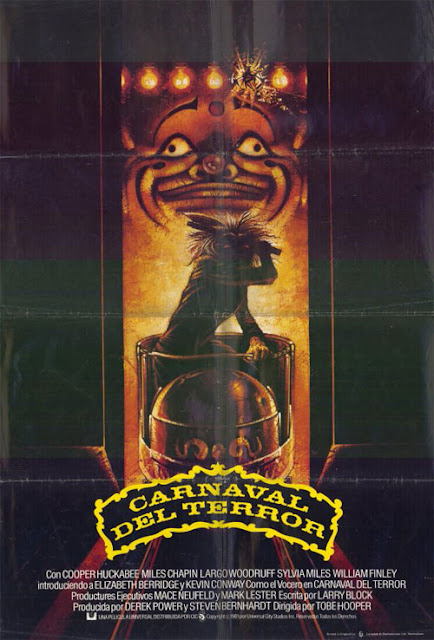 The lavish Tim Hildebrant-ish poster for Carnival of Terror, a fine alternate title in addition to tagline and trailer narration. The freak riding the carnival car and wielding an axe is an amalgamation of elements from three different scenes. Love the clown face, too.
The crack in the picture is perfectly in synch with the film's ideas - are we looking at the real danger, or is it right behind us? 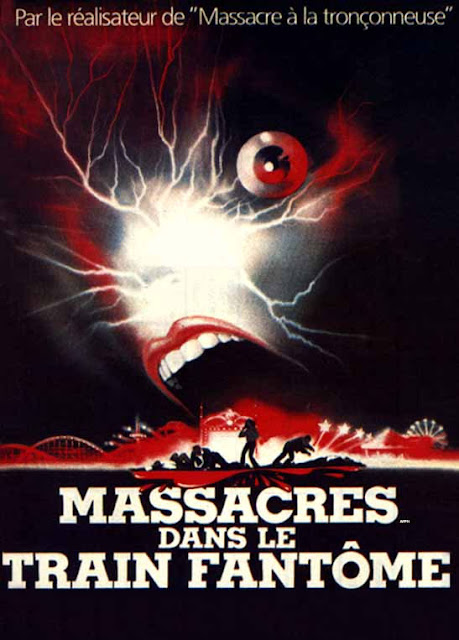 French title Massacres in the Ghost Train, a nice compliment to Texas Chainsaw. "Ghost Train" is an English and European term for Funhouse carnival rides on rails.
There seem to be more dead bodies at the bottom of the poster than dead people in the movie. 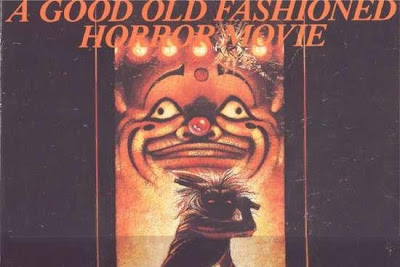 Email ThisBlogThis!Share to TwitterShare to FacebookShare to Pinterest
Labels: miscellaneous